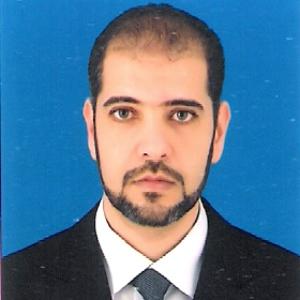 Tasks. Since joining the League in 2010, the Professor has been a lecturer at the Faculty of Sharia Sciences Tajoura in the Department of Arabic Language. He teaches subjects in the field of Arabic linguistic studies and has scientific experience in teaching Arabic language subjects and scientific research in all matters related to his field. He is currently the Registrar of the Faculty of Sharia Sciences Tajoura.

1.     The noun in the genitive case verbally in Arabic grammar.

2.     Intention and their impact on expression and meaning.

4.     Remove described in the words of the Arabs (the hadith of the Prophet as an example).

He also participated in the conference "The language of the Koran between Al-Iqbal and Al-Hijran" in 2022 at the University of Tripoli. He was a member of the Scientific Committee of the Conference and a judge of some of the research involved in it. He participated in research in one of its hubs on the issue of facilitation in teaching and education.

External activities. The Professor conducts linguistic scrutiny of many scientific letters, methodological and research books and tight journals. Among his activities outside the University, he gives lectures and courses in teaching the foundations of Arabic grammar in public and private scientific centres. Over the past 23 years, he has also carried out a number of works and activities And He worked as a teacher for the Holy Koran in one of the custody centres of the Office of Waqf Tripoli, worked as a linguistic auditor in local newspapers, radio the Holy Koran in the Libyan Broadcasting Authority and taught Arabic at the secondary level.