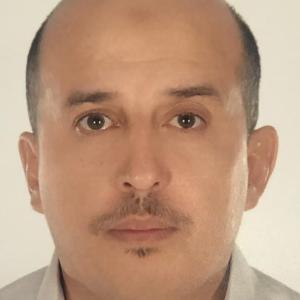 The aim of this research is to examine the impact of the Computer Aided Architectural Dersign (CAAD) on both the design process and architectural curriculum by posing a main research question: To what extent can CAAD be integrated into the architectural curriculum? The research design included a hypothesis which was culled out of the literature, based on a definition of a problem, and tested through an empirical case study with 36 RIBA recognised schools of architecture using: questionnaire, site visits, and informal interviews. The main findings of this research are summarised below: -The way in which CAAD assisted students to produce design ideas and decision during the design process was quicker, easier, and more accurate than with conventional methods (Chapter II). - The results indicate that CAAD can provide an important aid in both architectural history and urban design areas of study within architectural education (Chapter II). - The impact of CAAD on the architectural design process was noted to be significant in several areas, for example, transfering, receiving, and manipulating information, 2D drawing, 3D modelling, structural analysis, etc. (Chapter II, III). -The trend of working in three dimensitional digital modelling proved very useful, as students of architecture were able to explore and test design ideas during the design process (Chapter II, III). - The research revealed that there are four scenarios for locating CAAD facilities irrelation to studio space within UK Schools of Architecture (Chapter I). The results found that locating a CAAD laboratory within a design studio space is the most preferred place and the most effective way for teaching CAAD (Chapter IV, V). -With regard to examining the useful effect of virtual design studio (VDS) as a new approach to teach architectural design (Chapter II, III), the results revealed that 63% of UK Schools of Architecture have introdued virtual reality (VR) at some stage of the curriculum (Chapter IV). -The top two CAAD software programmes found to be most used across UK Schools of Architecture were AutoCAD and ARCHICAD (Chapter IV). - Making CAAD Teaching relevant to design and integrated with design studio work was found to be the effective way of promoting CAAD within architectural education (Chapter II, III, & IV). -With regard to choosing a suitable CAAD software for teaching architectural design, this thesis suggested that several key points, described in detail in chapter (I, II, III & V), should be considered. Two of the most important ones are: the CAAD software programme should be less specific to work with all types of hardware system, and have ability to work with local area networks (LANs) and wide area networks (WANs). -In addition, the findings of this research suggest some effective directions for a CAAD course framework and a CAAD policy for the Department of Architecture and Urban Planning, Tripoli-Libya (Chapter V). The research problem, the hypothesis, and the research design were identified, explored, and further developed through an introduction and five chapters, followed by three appendices. Chapter one is concerned with components of computer systems and with an understanding of the different aspects of CAAD systems, such as their hardware and software as part of answering general educational questions: What do we know? Chapter two discuss the question: How can computers’ capabilities productively be integrated into architectural education in general and into the architectural design process itself? Chapter three raises question about architectural education policy, curriculum and course content: What is the best way to teach architectural design integrating CAAD? Chapter four: this chapter reports on the findings of the research design- an empirical investigation into the integration of CAAD within UK Schools of Architecture (by mailed a questionnaire (Appendix I), site visits, and informal interviews). The Statistical Pakage for Social Scienses (SPSS 0.9) was used for data mining and analysis of CAAD tutors returns. The overall conclusions (Chapter V) will serve as a guideline to the Department of Architecture and Urban Planning, Tripoli-Libya, as a means to improve the current curriculum by adopting the computer culture in general and CAAD in architectural education in specific.
Fouzi M. E. Azez(12-2003)

The Role of Computer in Architectural Education