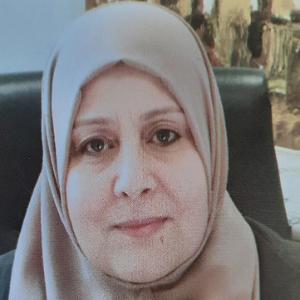 Urban spaces provide a suitable place to social communicate, as these urban spaces provide a variety of physical and social benefits. Human behaviour is the sum of the psychological, physical, motor, physiological and verbal activity of a person who deals with and interacts with his environment. It represents all kinds of activities that a person undertakes while dealing with and adapting to the environment and includes several aspects: cognitive, movement and emotional. The paper aims to determine the effect of human movement behaviour in the central garden of Zuwara. the methodology used is qualitative research, through personal observation of the behaviour of the visitors, monitoring them using a video camera, recording comments and signing them on the tracking maps. and the interviews were used to gather opinions of the users about the reasons for the behaviours used within the garden, and explore the users' satisfaction with the garden's components, services and the ease of movement within it. The results showed some unplanned movement behaviours in the garden, such as walking on the grass instead of walking in the paths designated for that. The study presented a set of recommendations for the study area, along with a proposal that includes the visitors' requirements and some services that contribute to increasing the efficiency of the garden.
Aisha Ammar Almansuri, Latifa M. Wafa, Majduilin adel Elmansuri(12-2021)
Publisher's website

Climate change is one of the most difficult problems facing the world today, accordingly, passive climatic design has been considered as an essential approach to a sustainable built environment. It is design that does not require mechanical heating or cooling were buildings are passively designed to take advantage of natural energy flows to sustain thermal comfort and create a good stable indoor climate. Issues related to climate have been explored by a number of researchers in Libya, however, the application of passive climatic design in the contemporary Libyan architecture is very rare. Within this background, this research is conducted based on qualitative approach by utilised interview for data collection, were members from different professional groups who dealt with passive design were interviewed in order to establish factors influencing the implementation of passive climatic design in the Libyan built environment. The findings show that there are four main factors related to Architectural and planning design, End users, Marketing and Government. The paper identifies the principles of passive climatic design in hot regions and provides suggestions to implement these principles in Libyan future architecture.
Aisha Ammar Almansuri(3-2020)
Publisher's website

Old cities are considered as a cultural heritage. They were prosperous cities and capitals inhabited by upper-class people, students, and traders. Today, they have been neglected and used by those who look for low-cost shelters. The research deals with the problem of historical cities, especially in Libya, where some of its neighborhoods are extracted due to neglect or the intended removal of old buildings under the excuse of building new ones. The research aims at establishing a strategy to rehabilitate residential buildings in the old city of Tripoli, Libya. The methodology of analytical descriptive research was adopted in the case study in the old city of Tripoli. The methods used included analyzing the accurate information of the site and its components and examining the opinions of the residents of the study area and the views of several employees of the old city project. The study concluded that the preservation and rehabilitation of historic and old cities do not depend on providing a better residential environment for residents, but also through finding suitable ways to rehabilitate residential buildings and restore them to the urban map. The image of the traditional old house with a modern style can contribute to present the community memory in the previous periods and linking it to the present time.
عائشة عمار احمد المنصوري, فيروز مصطفى ابراهيم القذافي(9-2019)
موقع المنشور

The general expression "Environment" refers to everything that surrounds human beings and can be represented by factors related to the natural, industrial and social environment. Such environmental factors have a great impact on the architecture forms through the ages. Architecture was always a real reflection of the environment and the best addressee of the peoples' Civilization throughout the ages, it shows the improvement of people's culture, and its suitability to the environment. Current architecture reveals its similarity in almost every part of the world in contrast to vernacular architecture, which is usually environmentally appropriate, where builders traditionally had to built with respect to environment. This study clarifies the meaning of the environment in all its elements, and the effect of each element on the formation of the Libyan Architecture (Traditional and Contemporary), in an attempt to determine the characteristics of the environmental impacts on local and global architecture, to establish environmental solutions, that lead to an architecture belonging to space and time with special identity.
عائشة عمار احمد المنصوري, ثريا عاشور الفيتوري عطاءالله, مباركة محمود الورفلي(1-2022)

Contemporary architecture reveals its similarity in almost every part of the world without any consideration of regional characteristics in contrast to vernacular architecture which is almost always climatically appropriate, where architects and builders traditionally had to design with respect to nature and the local climate. Contemporary Libyan architecture has rarely recognized the local climate or renewable energy issues, and these subjects are neglected or rarely studied. Whereas Libyan local vernacular architecture includes traditional solutions that have been tested over centuries, providing passive design for low energy consumption as well as creating architecture related to the local environment. This architecture provides a motivating and valid lesson and it also illustrates and presents a wealth of knowledge about how humans remain in touch with nature and how they adjust to the local natural environment and climate. This research aims to provide guidelines for architects to consider how to incorporate climatic design in creating architecture related to the local environment that should provide more sustainable solutions in hot climate regions. The study uses the concept of sustainable development to offer a holistic perspective to establish a body of knowledge on passive climatic design that could benefit architects when designing future housing. According to this general understanding, this research project focuses on the interrelationship between passive climatic design and vernacular architecture in such situations. It aims to look at the theoretical and experimental studies that have demonstrated the usefulness of passive climatic design techniques in context with the cooling of buildings in hot regions in order to establish climatic design guidelines using Tripoli, Libya as the case example. The guidelines are developed for housing design, and take on board the opinions of end users and professionals as well as understanding building performance from the climatic point of view. This research has, therefore, adopted a broad methodology to achieve the aim. Both deductive and inductive approaches have been selected where theoretical strategies are first confirmed from the existing literature which are then investigated using an array of appropriate methods (questionnaire, interviews and focus group as well as sampling the internal temperatures inside selected case study houses) to examine the thermal comfort in both vernacular and contemporary housing. This research is mainly qualitative with quantitative methods also used in the sampling. The results of the study are merged together to produce guidelines that can help architects in terms of using climatic design principles in future housing in hot climate regions. The main conclusions of the study are: - Respondents depend on air-conditioning to achieve internal comfort in all house types that increases concern about energy efficiency and increasing pollutions. - Respondents prefer houses that combine traditional and modern features. - Courtyard houses have many positive points, but there are some functional disadvantages and this house type has a negative image. - Contemporary houses provide more comfort, flexibility, privacy, area and possibilities to use new technology. - However measurements undertaken show better passive thermal performance in the courtyard house than in other contemporary examples.
AISHA AMMAR AHMED ALMANSURI(11-2010)
Publisher's website

This chapter surveys the development and current state of e-learning in Libya. The author surveys the general social, economic, historical and demographic background of Libya and provides a review of its educational system. Analysis and statistics on the information and communications technology (ICT) infrastructure, usage of ICT in the country and challenges and barriers to ICT implementation in education, business and government are also provided. The chapter further explores in detail the major e-learning platforms, initiatives and projects throughout the country. Information is additionally provided on accreditation, teacher training programmes and the regulatory framework of e-learning. Finally, the author speculates on the future development of e-learning in Libya. A comprehensive bibliography on e-learning scholarship related to the country, including government reports and websites, appears at the end of the chapter.
AISHA AMMAR AHMED ALMANSURI(2-2018)
Publisher's website