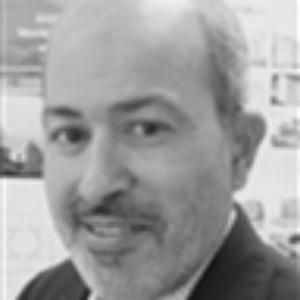 Illegal Immigrants and Housing: The Case of the Old City of Tripoli

The Old City of Tripoli, famous for its long history and heritage architecture, was subject to great rapid urban growth. This growth happened beyond the old city walls, but it brought about fundamental changes within its physical environment and its residents’ views towards living in traditional towns and in traditional houses. New urban developments sprung almost every where around the old city, disturbed the socio and economic living pattern of the old city residents and caused most of them to move out. The old city’s residents who sought “better” living in suburbia and other areas outside the old city abandoned their houses to “illegal”* immigrants who came to the country looking for work and better earning. These immigrants found in the houses of the old city a cheap, if not free, accommodation. Few of them are paying rents or utilities. Moreover, they inhabited the old city houses in larger households. Many dwellings housed more than one family. The old city is facing great challenges; overcrowding, deteriorating buildings and lack of adequate infra-structures are some examples. There is a need to review the current status of housing within the old city of Tripoli. The houses of the old city could have reduced the problem of housing shortage if government policy and housing programs included them in the planning phases. The proposed paper aims at shedding some light on the current condition of houses within the old city of Tripoli. The objective is to outline a strategy for enhancing the quality of living environment within the old city by integrating its development with the rest of the city urban growth.
Ramadan T Belgasem(9-2005)

Towards a Sustainable Housing Development: A case of Libyan Housing

This paper aims at finding means for restructuring residential areas in Libya so they can became sustainable. It will employ a method of evaluation to achieve its objectives. Libyan housing programs lack studies that focus on the quality of housing environment. In Libya, design profession is faced with continuous criticism for their design inefficacy. They are also confused with what constitute sustainable housing. Architects and planners, by and large, depend on their image of the world while designing. The objective is to determine sustainable elements of housing design and to reach some conclusion that can be useful for enhancing the design quality of living environment. The characteristics of existing built environment are vital to the design and sustainability of new housing development. A study of some housing projects reveals a number of hypotheses to improve housing milieu and in turn the quality of life of its residents. Project size and open spaces can be reduced to increase users control over their surroundings. While elevation and floor plan of individual units can be designed in relation to family and individual needs for privacy, comfort, and expression
Ramadan Taher Belgasem Dboba(9-2006)

On Informal Housing: The Case of Al-Khaleej Region in Libya

Informal housing and urban development are major environmental concerns affecting many world cities in a variety of ways. Informal housing is not limited to developed countries, and may be more threatening in developing countries. Governments around the world have formally recognized universal rights to adequate housing and living planning standards. However, the reality falls short of these standards and access to secure property title, land, community services and adequate affordable housing remains difficult. There is a need to adopt sustainable patterns of housing planning development which are not self-destructive in the long run. Informal housing is unauthorized development that occurred around and within city master plan causing unwanted impacts. Land and natural green area around cities are been chewed up by ‘new’ houses, roads, and commercial buildings. Libyan traditional towns like Tripoli, Ghadames or Hoon were compact and efficient, but over the past 15-20 years, low density spontaneous urban extension can easily be noticed around these and other Libyan cities despite general decline in population growth rate from 4.5 in 1995 to 1.83 in 2006. "Urbanized land" is increased remarkably during the same period. The developed hectare per person has nearly doubled in the past 20 years. The paper aims at discussing the phenomena of informal housing in Libya and its impacts on existing city development plan, its reasons, and its urban and architectural characters. The objective is to gain better understanding and to propose some ideas that help deals with spread of informal housing and create a sustainable urban living environment around Libyan cities. The study will focus on Al-Khaleej region by studying housing and urban expansion around the region major cities like Sirt, Ajdabia and Al-Juf. The study, in its methodology, will depend on previous research to formulate its theoretical framework. It will use results of field studies that were done for preparing regional and urban development to draw its conclusions.
Ramadan Taher Belgasem Dboba(4-2012)

This paper presents a development plan for rehabilitating and integrating the old city of Ghadames, Libya. It is based on findings and missions carried out by the author during his work as a consultant for UNOPS project LIB/98/003, for the urban rehabilitation of Ghadames Old city between November 1999 and April 2005. The aim of this paper is to propose a sustainable approach for formulating development strategies for urban planning and urban design aspects related to the rehabilitation of the Old City of Ghadames. A thorough review of the new town planning and the old city morphology, as it has been developed through time, revealed several challenges facing the future development of Ghadames city. This paper discusses the planning measures and the intervention necessary to deals with those challenges and to rehabilitate the old city as well as to restore its urban position within Ghadames greater area. A comprehensive planning proposal is considered as the appropriate tool for managing the development and rehabilitation of the old town and its complimentary counterpart; the new city. The proposed plan considers the following five development strategies: * developing major city monuments; * rehabilitating major public squares; * providing zones for housing and tourist investments; * revitalizing axis between the old and new city, and * improving traditional building materials. A recent visit to the city of Ghadames has shown how urban planning and urban design capacity can improve the quality of life in traditional cities. The city has attracted the attention of local and national authorities; therefore, a new positive attitude seems to be flourishing among local community.
Ramadan Taher Belgasem Dboba(10-2010)

Over the course of more than half a century, oil companies have worked in Libya without serious concern for the impacts of their activities on communities living in or in close proximity to concession areas. The impact of oil development presents a compelling paradigm of larger international challenge: maintaining a balance between a source for economic growth and the human right to live in a sustainable housing milieu. It is hoped that this paper will contribute to a more complete understanding of the dangers of oil production activities on surrounding settlements, natural environment and future quality of human and natural life. It will try to highlight the overall importance of promoting a strategy for sustainable economic and spatial development.
Ramadan Taher Belgasem Dboba(9-2013)

this paper highlights issues that are likely to be relevant when formulating housing strategy for one of Libya's planning region. the aim of the paper is to present some guidelines that can be helpful for outlining Regional Housing Strategy for purpose of ensuring that housing needs of existing and future population of Al-Kaleej region are met. It is also hoped that the proposed principles will make an effective contribution to the delivery of sustainable communities across Al Kaleej region
Ramadan Taher Belgasem Dboba, (9-2007)